We have prepared and maintain a number of hillclimb cars and track cars.

The 4.7 Ratio Differential (4.655) reduces the gearing, enabling high revs to be maintained at a lower speed. That might not sound benefitial, we'll explain later.

The lower ratio differential is used by many hillclimb competitors and a people doing trials. The current hill record holder for the upto 2000cc Road Going Production cars is held by a DoctorMX5 customer. 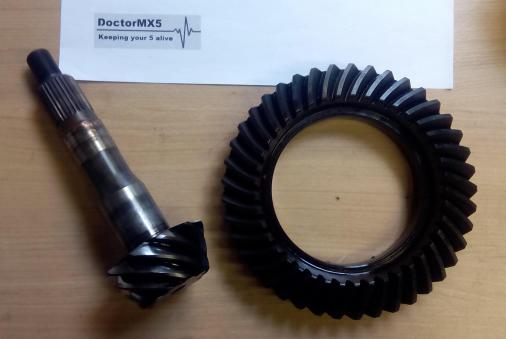 We can do the converstion to open and limited slip differentials with flang or pop-in drive shafts.

This converstion is not available for standard Mazda differentials for Mk1 1.6 cars built between 1989 and 1993 with changing the differential.

Once the work is complete, the differential looks like any other standard one. 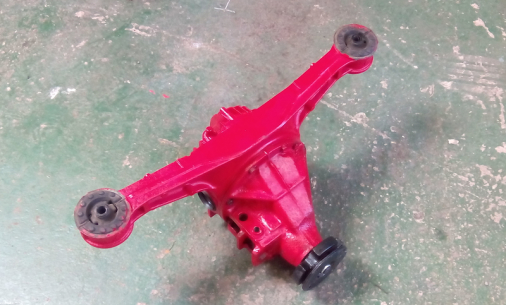 The five speed Mazda MX5 gearbox has a significant "gap" between 2nd and 3rd, the car falls off the power band. This might not be significant on the road but in competition it could be the difference between first and somewhere else!

The final drive ratio change, moves where is gap is, making the gearbox have lower ratios. Technically, wind resistance increases exponentially with speed. So reducing the speed at which gears change, reduces the amount of power needed to push the car forward.