Gurston Down Speed Hill Climb (www.gurstondown.org) hosted it's first to events of the year on the 16th and 17th April. The events were the first to featuring the new Mazda MX5 class.

The entry for Saturday was five cars and the weather was against hill climbing. It was cold and showery, the track never really warmed.

Mark Crookall gave himself a proper challenge by creating the longest set of 11s spectators had seen in his first timed run, leaving it all to do in the second. He managed a 44.10s just beating Stephen Devereux’s first run time of 44.17s.

Sunday's weather was competely different, it was still cold by the sun was out. The track was soon drying and the temperatures werein double figures.

The pressure was properly on Mark as Dean Cubitt (third on Saturday) had got into his rythum and was posting so tough times.

Here's Dean in his Mk1 entering Karousel on his second timed run. 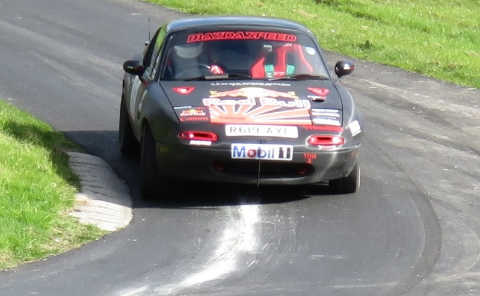 Mark left the line before he knew the time Dean had posted. So he had no choice but to go for it. 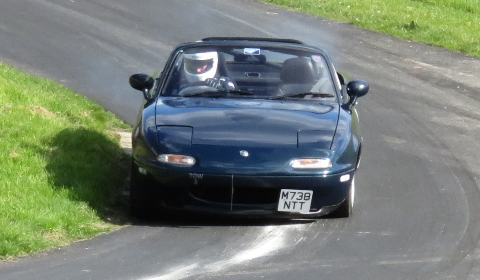 Mark ended up with a 42.18s run and Dean came in just 0.24s behind. Mark said later that "Dean and Stephen had made him really work".. 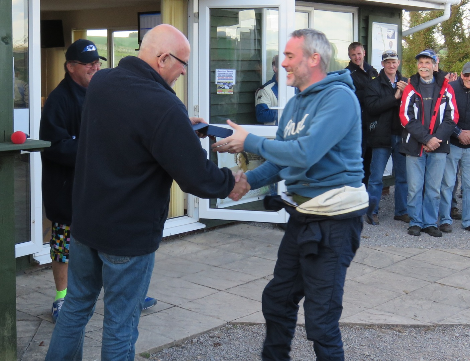 Mark collecting his second award of the weekend from John Davey

Congratulations to both Mark and Dean!

Mark and Dean are looking forward to the next event and there'll be a few more MX5's jopinong them. Hope you are up for the challenge!