Success Again for DoctorMX5 at Gurston Down Speed Hill Climb 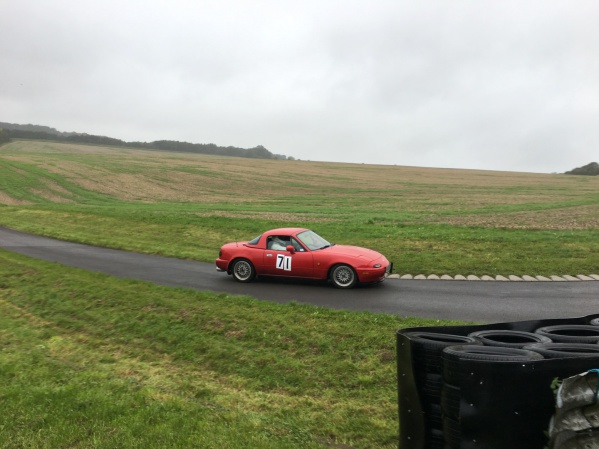 The weather wasn't exactly conducive to any form of motorsport at the September meeting at Gurston Down Speed Hill Climb.

Julian hadn't ever compeated in the rain so it was a new experience for him.

He took the lead during practice, running almost two seconds ahead of his nearest rival, another DoctorMX5 customer, Nick Revels.

The weather had deteriorated by the afternoon and the track conditions worsened.

After the first timed run, Julian was in a good position, First in Class.

The conditiond by the second timed had worsened again. Almost all of the 140 or so drivers had runs that were 10% slower than the earlier runs.

However, Nick Revels pulled a stunning run out of the bag and took first from Julian. Wekll done Nixk.