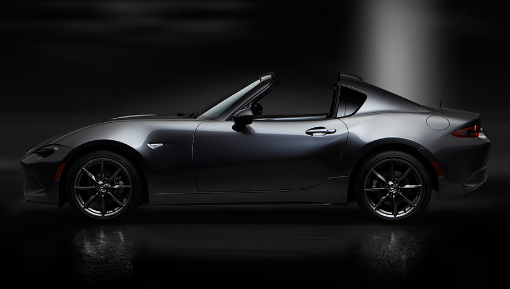 Mazda UK have finally brought the Mazda MX-5 RF to the UK. It arrived about a week ago by air and have been hiding out ever since.

It is the star of the Mazda stand at the Good Festival of Speed. We are sure it will WOW many people.

They haven't formally announced the price yet but it is expected to be at least £2000 more expensive than the soft-top.

Surprisingly, about 80% of the Mk3 MX-5 have been sold as the foldng Hard Top. In some markets the percentage is much higher.

The only thing we find disappointing, is that the car doen't really become a open car with the roof down. It's more like a Targa top, for those who are old enough to remember the 911 and BMW 3 series.